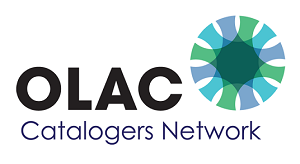 The OLAC Research Grant is awarded annually by the OLAC Executive Board to encourage research in the field of audiovisual cataloging. Proposals are judged by a committee appointed by the Board on the basis of practicability and perceived value to the audiovisual cataloging community. The committee is usually composed of the OLAC vice president (Chair of the Grant Committee), last year’s grant winner, and an OLAC member. Grant recipients are expected to present their findings to the OLAC membership following the grant period, and may wish to also pursue other presentation and/or publication opportunities.

From Carrier to Equivalence: Cataloging Reproduction in an RDA/FRBR Environment, Morag Boyd and Kevin Furniss

General Material Designations in the Twenty-First Century: Results of a Survey by Jean Weihs, Jean Weihs